Charles Mortimer was in the cast of "Bitter Sweet", that played a North American tour from October, 1929, to March, 1930. The musical visited theatres in Boston, New York, Philadelphia, Detroit and Montreal. In the collection are letters written to Greta Wood by Charles Mortimer.
The Era 9 October, 1929.

A Company 130 strong headed by Evelvn Laye, embarked on the "Mauretania" and the “ Lancastria,” which sailed from Southampton on Saturdav. They open in Noel Coward's Bitter Sweet at the Ziegfeld Theatre, New York, at the end October, under the management Charles B. Cochran and Archibald Selwyn, after playing a week in Boston. Others accompanying  Miss Laye are Alexandro Rosato, Mireille, Captain Cecil Ramage M.C., Charles Mortimer, and Gerald Nodin.

Bitter Sweet is nearing its 300th performance at His Majesty's Theatre, and "C.B.C.” tells me that the demand for seats at the box-office and the enthusiasm of the audiences are just as much they were the beginning of the run. In New York, owing to the fact that the Ziegfeld Theatre had vacated for the annual Spring production the American Bitter Sweet company has to move to the Shubert Theatre, New York, where it is also playing to capacity houses. The Parisian production is in active rehearsals, and Cochran will go over Paris next mouth and supervise the final rehearsals. It will not be toured in England until after the end of the run at His Majesty’s. 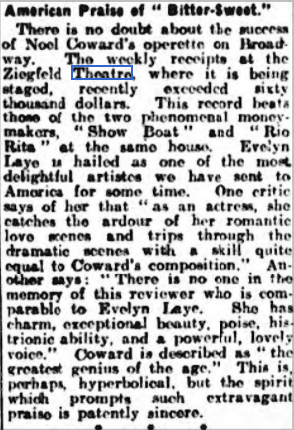 A programme from "Bitter Sweet", at the Tremont Theatre, Boston, U.S.A, in 1929. It starred Evelyn Laye, and was a musical written by Noel Coward. In the cast was Charles Mortimer.﻿ 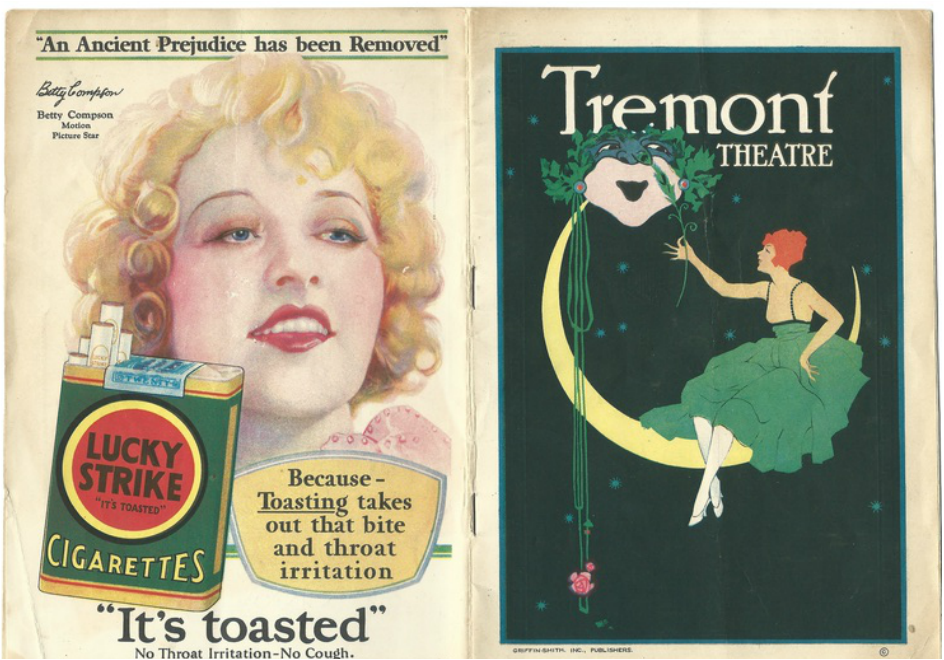 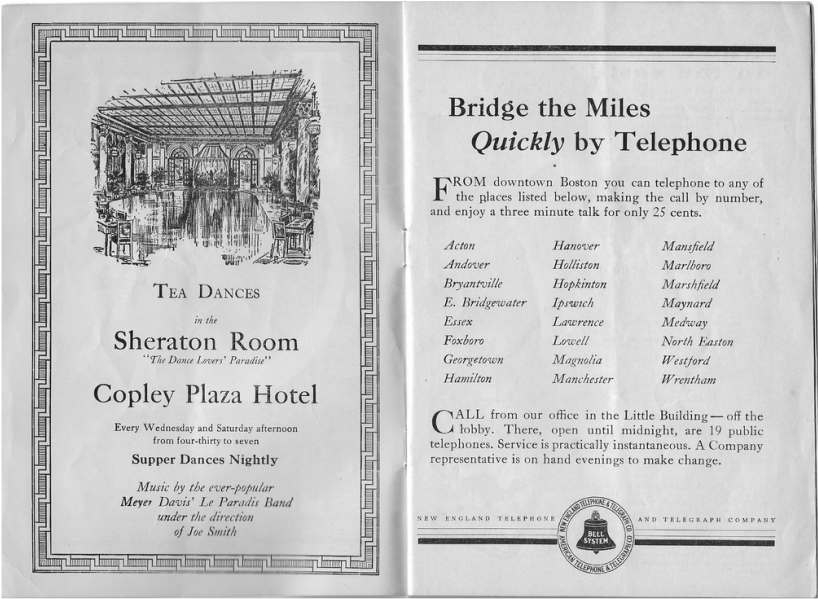 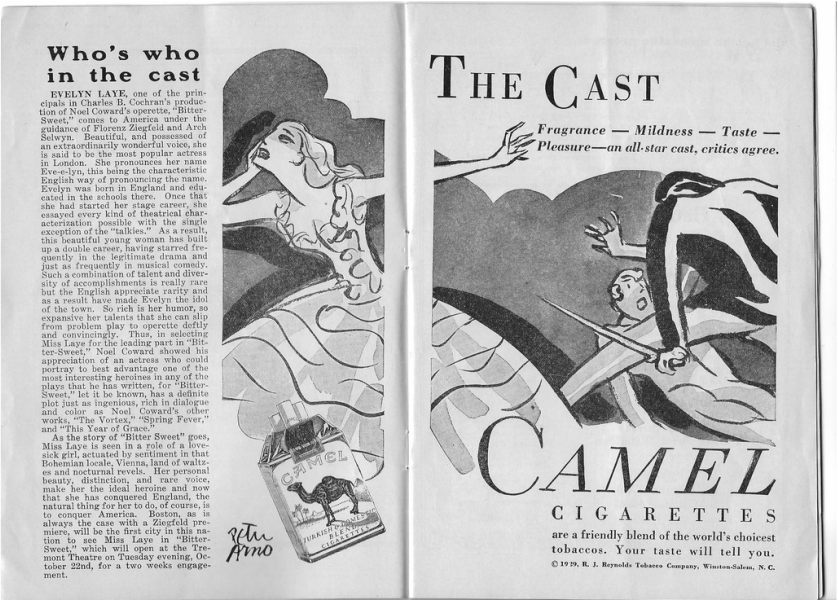 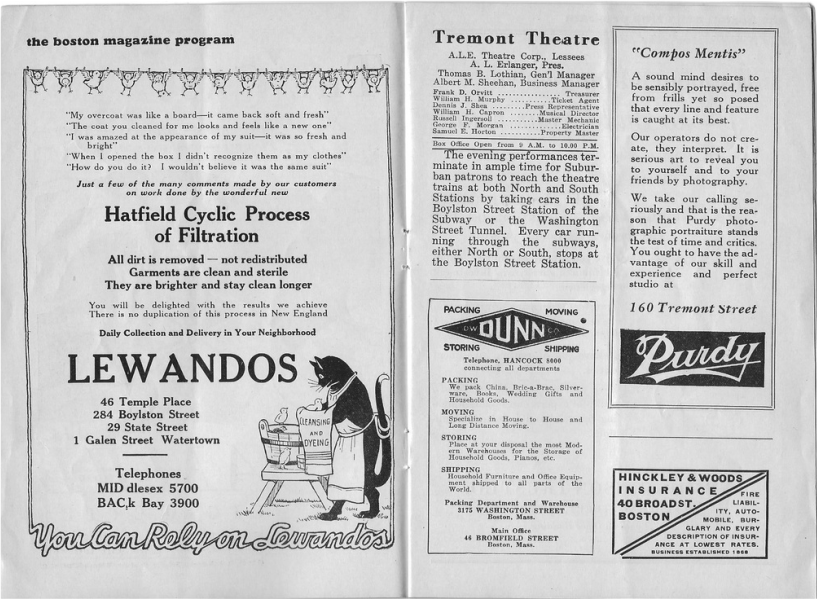 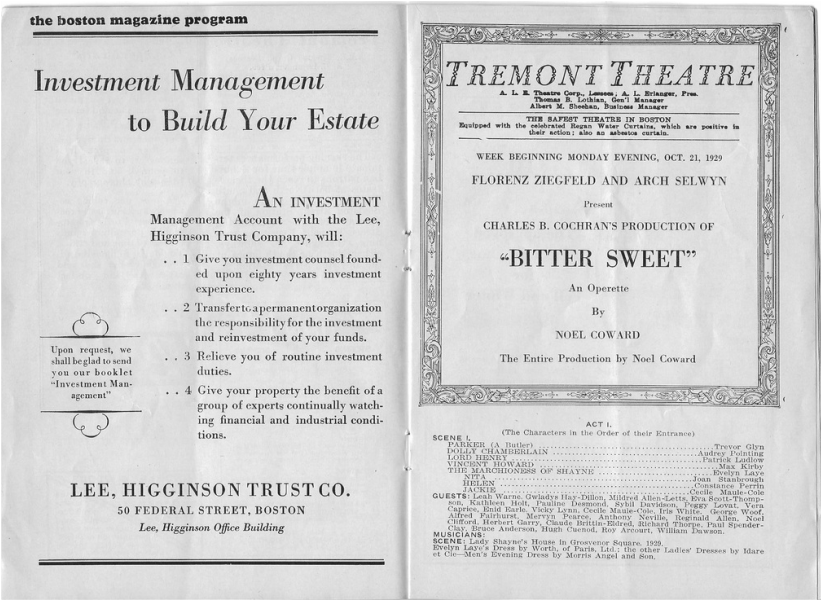 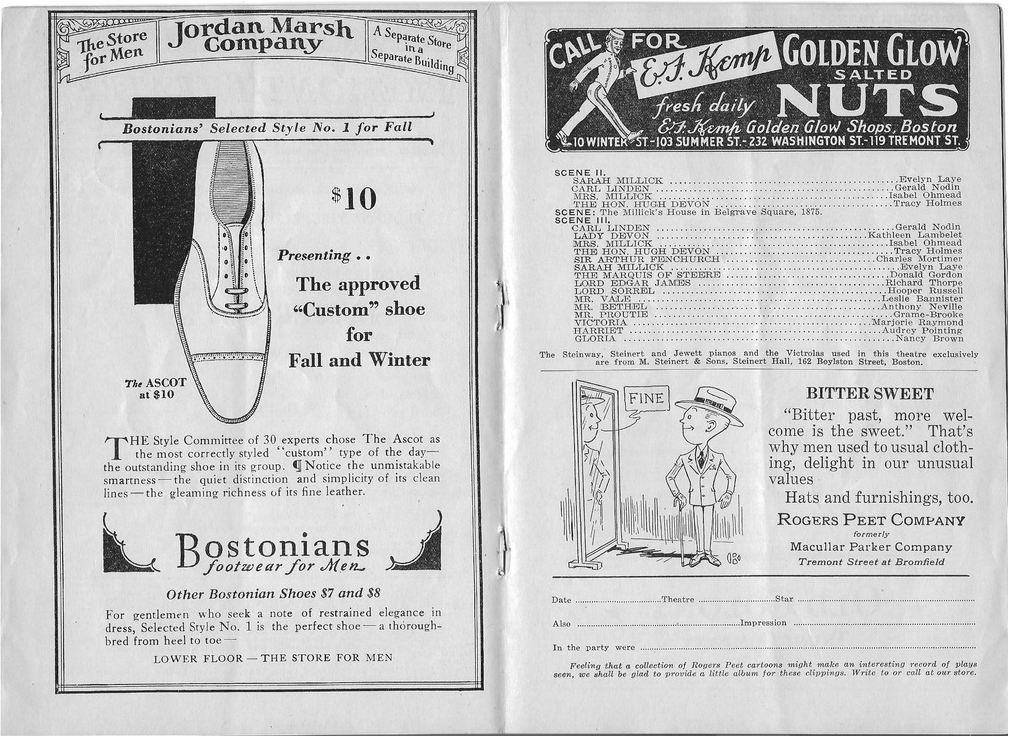 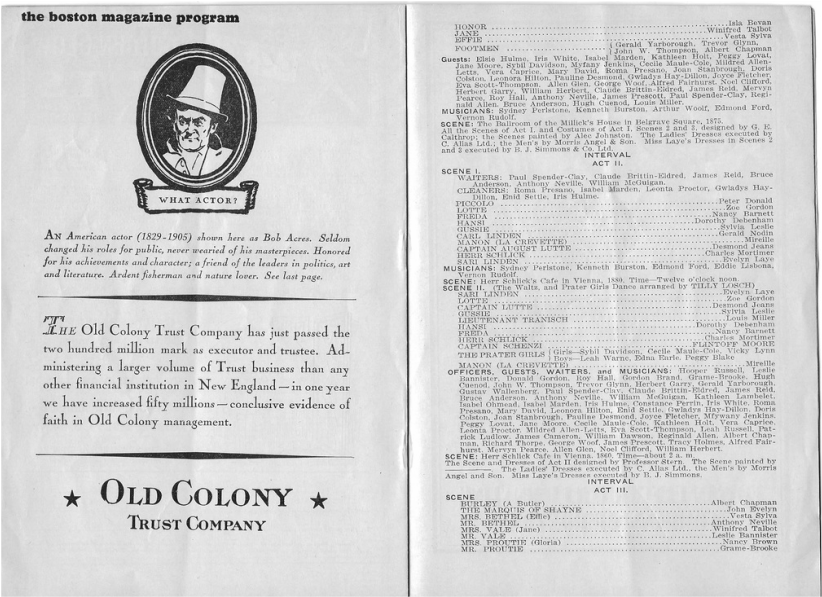 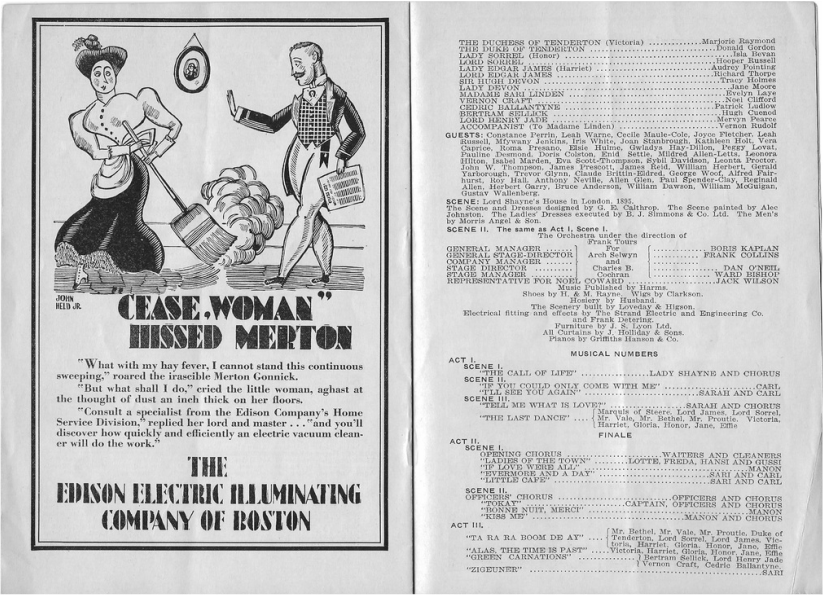 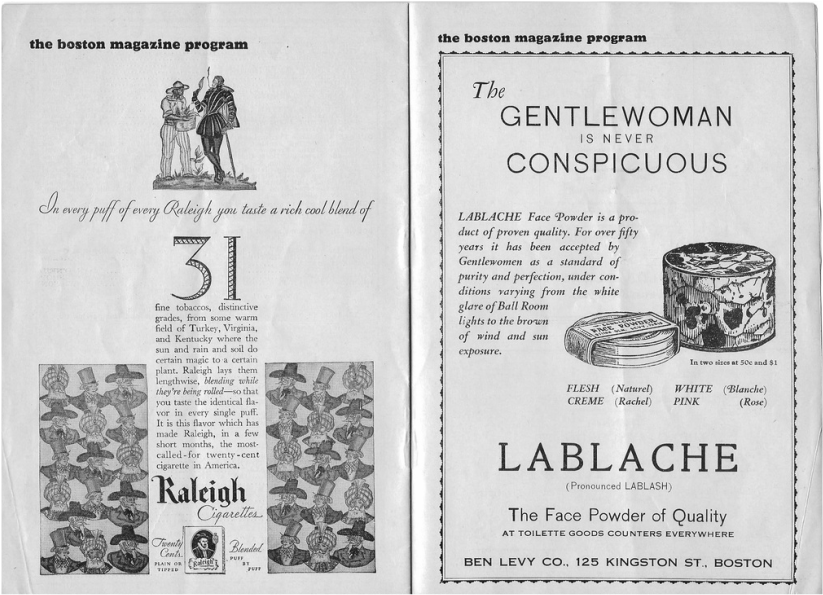 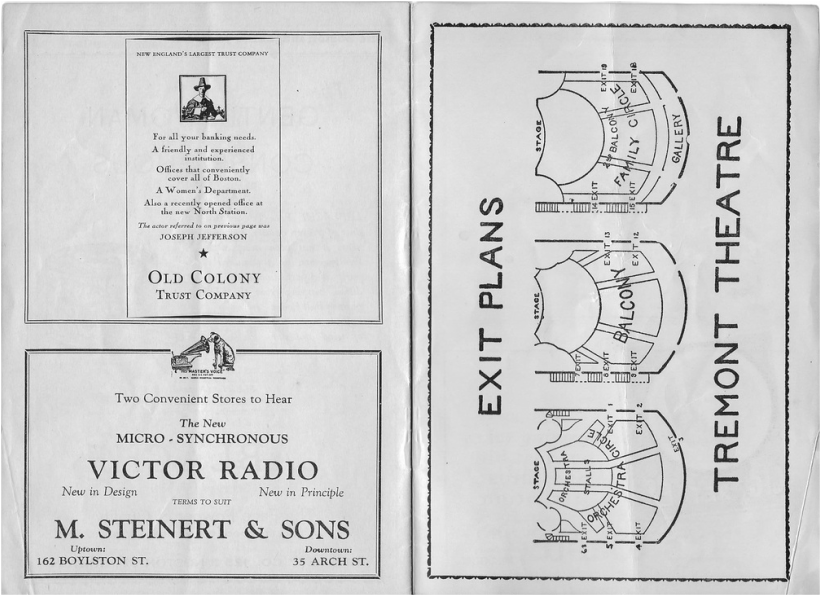 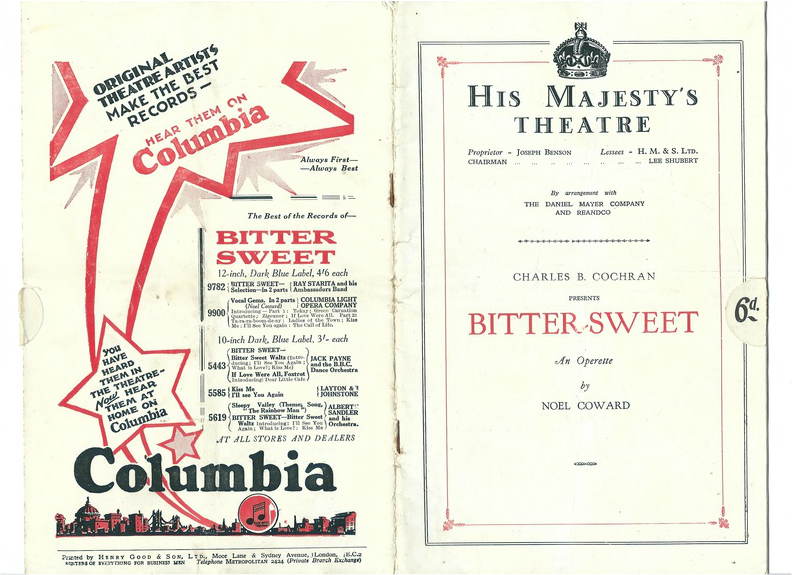 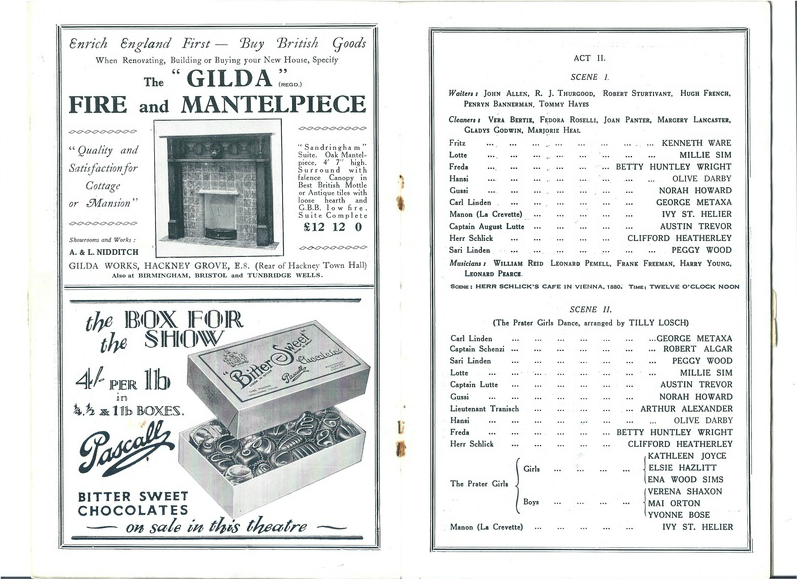 This programme was from the London season of the play, prior to its visit to North America. The cast did not include Charles Mortimer.