"Miss Joan Marion plays the young girl with quiet skill and a great deal of charm. It is most agreeable to watch her score her points off the banker and her other admirers. Mr Charles Mortimer raves splendidly as the unwanted banker and the rest of the cast enter in to the fun with gusto." 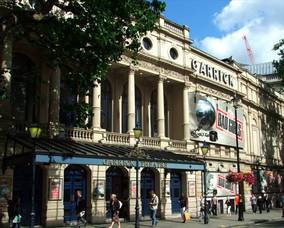 Charles Mortimer played GA Appleby in "It's a Wise Child", at the Garrick Theatre, London, from 18 November to 11 December, 1937. 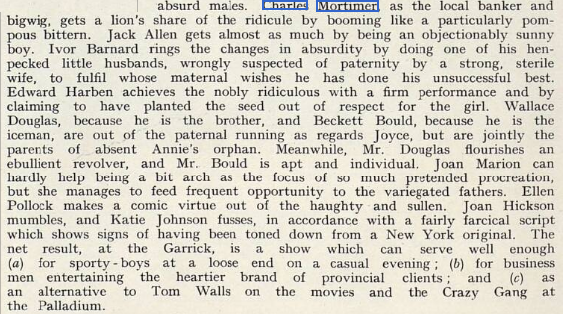