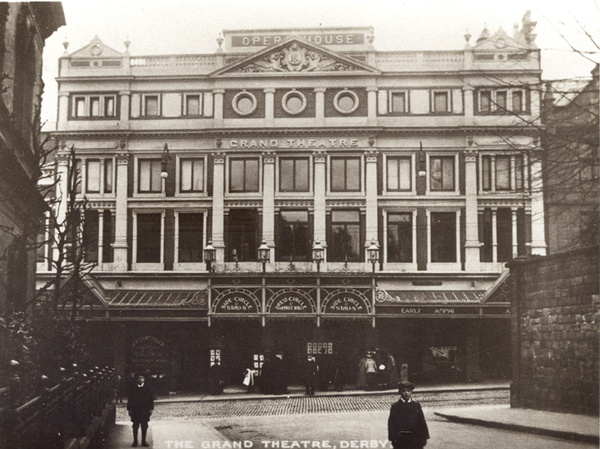 "THE SILVER KING" AT THE GRAND THEATRE.

" The Silver King" has lost none its charm nor powers of attraction, and its performance again at the Derby Grand Theatre on Monday night was greeted by a large and enthusiastic audience, who were manifestly affected by the fine old drama. "The Silver King" has been running for a great number of years, and it is questionable whether a modern drama has ever been so successful.....

.....Some amusement is afforded by Mr. Frederick Elliott, as Mr. Parkyn, the parish clerk of Gaddesden, and by Messrs. A. J. Murray and Charles Mortimer as Tubbs and Gaffer Pottle respectively....

.... " The Silver King" will be produced every evening this week, and on Saturday afternoon."