Charles Mortimer played Carl Sanderson in "The Man Who Stayed at Home", on a nationwide tour that included the following venues:

​Also in the cast was Greta Wood, which I presume, led to the relationship my grandparents had for the next 48 years.
Exeter and Plymouth Gazette - Tuesday 14 March 1916. Theatre Royal, Exeter.

"Mr Charles.H.Mortimer, as Carl, has by no means an easy role to sustain, for, as the chief of the gang of spies, British audiences naturally see him baulked. But he acts in a polished manner, and not a little of last evening's applause was rightly awarded him." 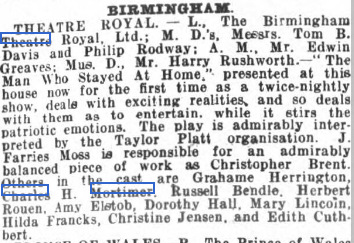 "Graham Herington is sufficiently pompous and amusing as John Preston J.P, and Charles.H.Mortimer is a skilful representative of the German spy." 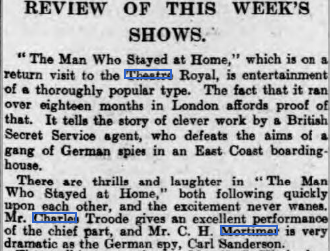 "Mr Charles Mortimer as the principal spy, was quite natural and quiet." 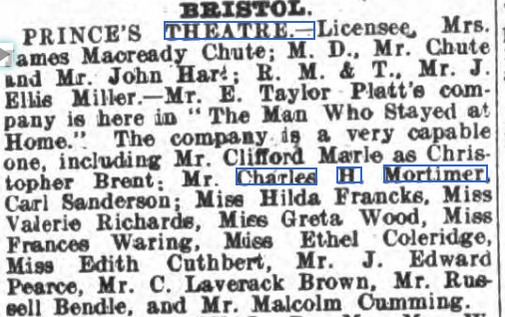 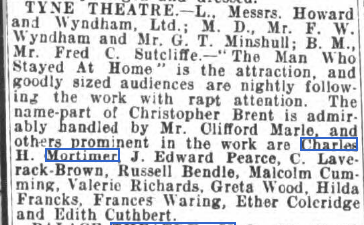 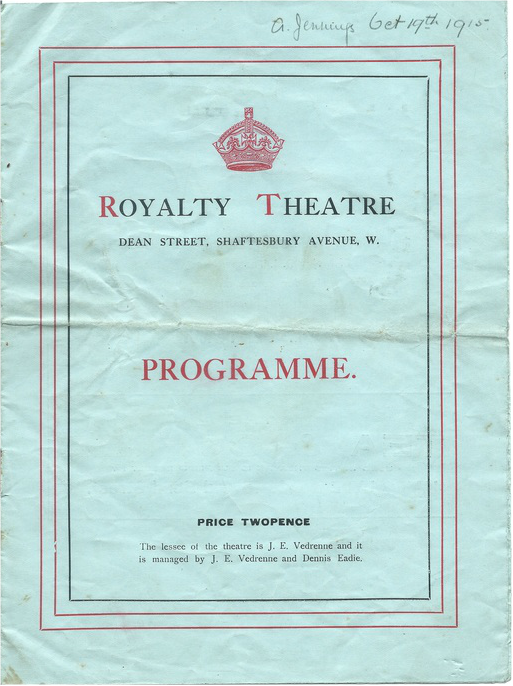 This programme comes from the Royalty Theatre, London, for the play "The Man Who Stayed at Home", dated October 19th, 1915. Charles.H.Mortimer, was not in this cast.