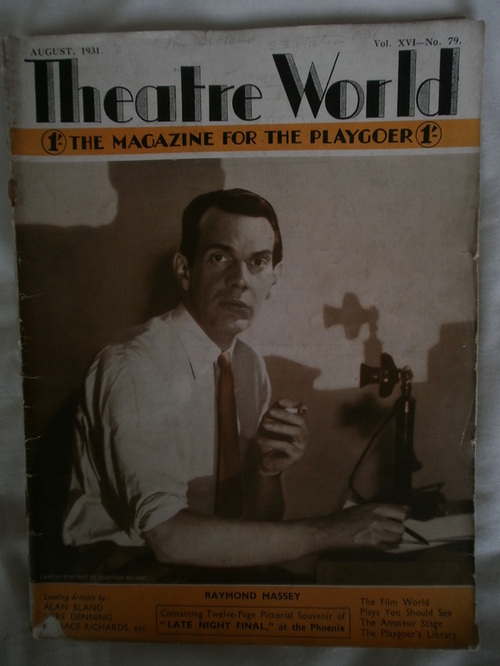 "Mr Massey is excellent as the editor, as is Mr Charles Mortimer as his proprietor."

" LATE NIGHT FINAL." By LOUIS WEITZENKORN. AT THE PHOENIX THEATRE.

Do not go to the Phoenix Theatre for a quiet evening. Go for excitement. You will not be disappointed.

This is a play, brilliantly produced by Mr. Raymond Massey, which badgers and bludgeons you into agitated sympathy. Fidgeting uneasily in your place, you respond to the restless- ness and clamour convulsing the newspaper office on the stage. You look, here, at the inset scene top left "—as the art editor says—and see the fluffy telephone operator mitigating the strain of unceasing calls with the masticaticn of chewing gum. You look there, top right, and see Ziggie Feinstein (incarnate in Mr. Allen Jenkins's performance) bellowing stunt ideas through his telephone. You look middle, and see the editor of " The Evening Gazette," Randall, whom Mr. Massey manages to make the only active hero of the even- ing, selling his soul for what is described as "not a newspaper but a racket." You look lower right and lower left and sec bits of the public of this frightful rag lapping up its mud—not without occasional expressions of disgust or protest : a just hint to editors like Mr. Randall, and to proprietors like Mr. Hinchecliffe, whose shining room is also, at intervals, top left. At moments you look right and left and middle, assisting, with an agonisingly multiplied consciousness, at three simultaneous scenes. A fearful effort. Andthere the journalist invites the sympathy of less regular patrons of the stalls. It is (says he) not unlike newspaper work. Doing four or five things at once ! 'the others can't believe it.

This quartered or even quinquesected proscenium, shooting into spot-lights in corners and centre, mechanically heightens emotion or quickens nerve storms. The achievement is unique of its sort, which, as I said, is not the insinuating sort. Nerves are further torn by the howls of newsboys distributing a simulacrum of "The Evening Gazette" during one interval ; while, during the others, a stabbing" music "vomits its hurdy- gurdy vibrations. What a world! One admires, one must admire, immensely. There is no time to do anything else. Then one thinks of something, say, like The Cherry Orchard, and sighs.

The plot ? I had forgotten the plot. It is subordinate to the production, yet entirely appropriate to the method of its narration. It is, in outline, old. Mr. Galsworthy gave it us in The Show. M. Brieux gave it us in La Robe Rouge— with lawyers in place of journalists : the story, simply, of a woman with a past whose dramatic murder of her seducer, years earlier, is raked up for the enjoyment of tabloid, readers • she being thus driven to suicide ; her husband also. Her daughter, about to be married, is only just saved by the devotion of her young man. Very beautifully does Miss Louise Hampton give us the scene where the distracted woman telephones to beg mercy of the newspaper hounds whom you see ringing her off at the other end. Beautifully, too, at the close, does Miss Rosemary Ames give the "Mr. Hinchecliffe why did you kill my mother ? " of the wretched girl's call at the office. With great skill does Mr. Massey indicate the breakdown of the editor's resolve to carry on, his remorse, and his revolt against his earlier proclaimed creed that "ideals won't put a patch in your pants." (This, by the way, isn't true : ideals of a sort have quite a lot of dollars in them.) But all moves at such a frantic rate that one cannot fix details in acting.

And though the play begins at 8.4.5, the additional racket of late arrivals in the stalls on the second night was so deafening that I did not catch whether the odious proprietor of "The Evening Gazette" knew that his victim, the murderess, was on the point of marrying her innocent daughter. If not, his suspicion of this news tag ought to be inserted. For an up-to-date "tabloid," it wasn't, surely, a very good stunt to rake up a twenty-year-old murder apropos of nothing.

Nearly all my colleagues have remarked, in summarizing this violent play, that we in England have, thank Heaven, no such Press methods as those exhibited by Mr. Weitzenkorn. Let us be very careful ! We must walk (or print) humbly. Such boasts have a way of falsifying themselves. The pace quickens. Taste descends. New York or Chicago, once at a safe distance, fly nearer every day. " The Evening Gazette" may start its London edition, which may seem quaintly old-fashioned when "The Morning Boar" follows it. Fervently I invite my self-satisfied colleagues to a prayer that the public may some day be educated, may develop delicacy of feeling, and so may refuse " news " of too malignant a brutality. In this is our only hope.
​
RICHARD JENNINGS. 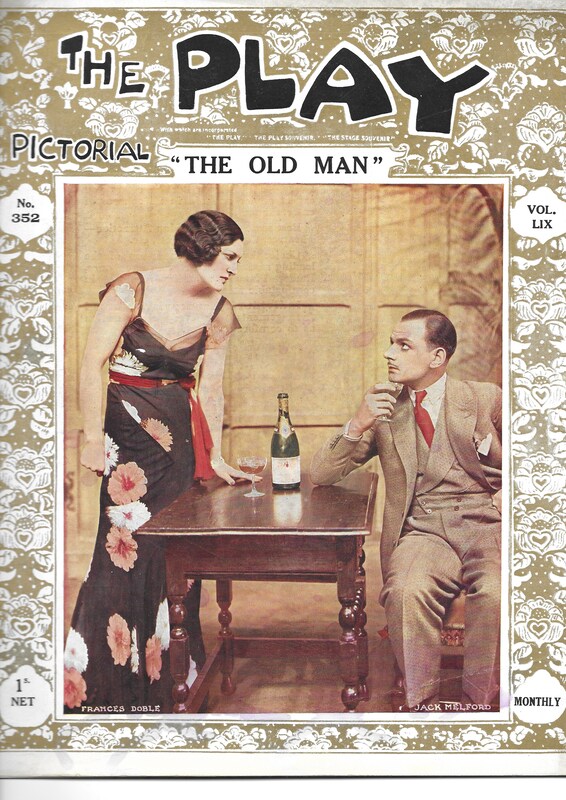 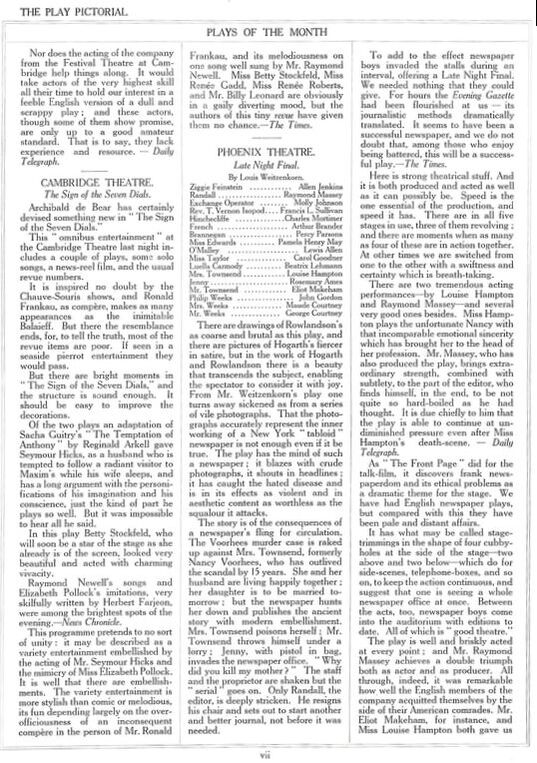 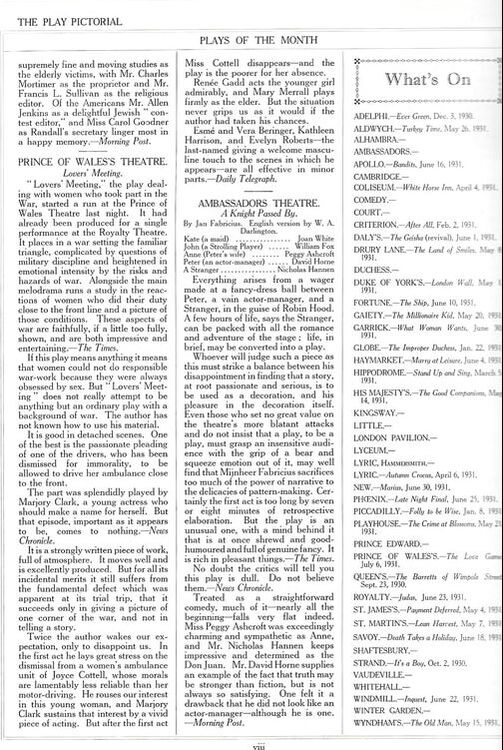 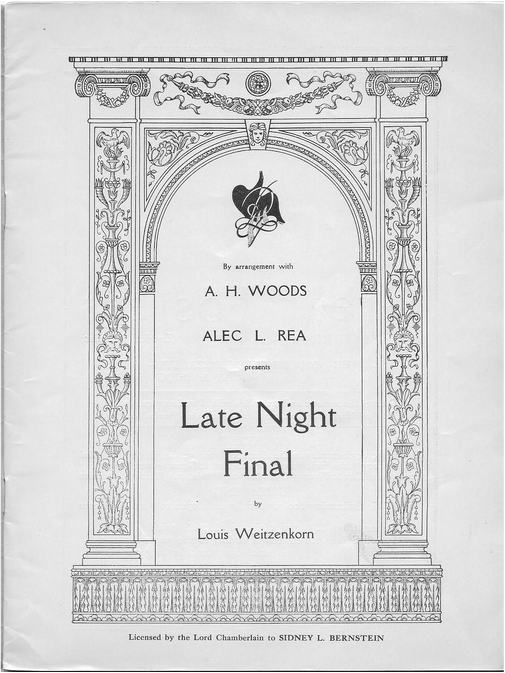 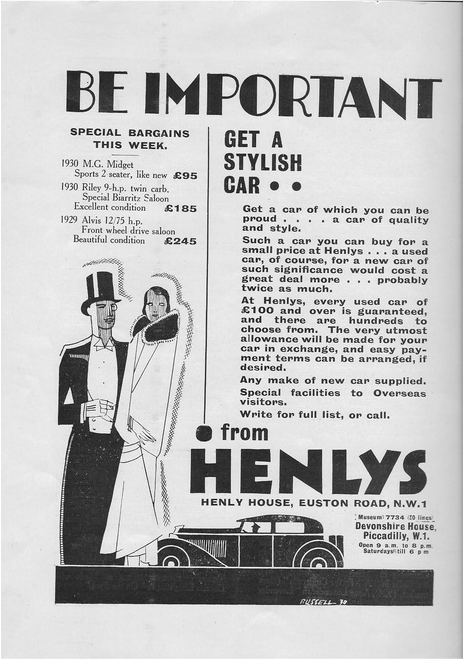 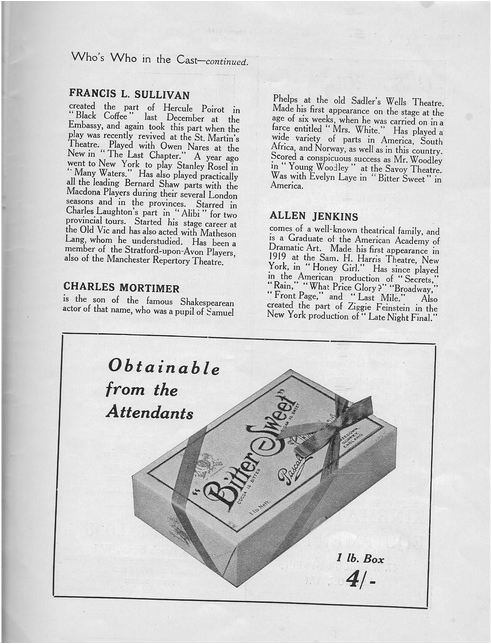 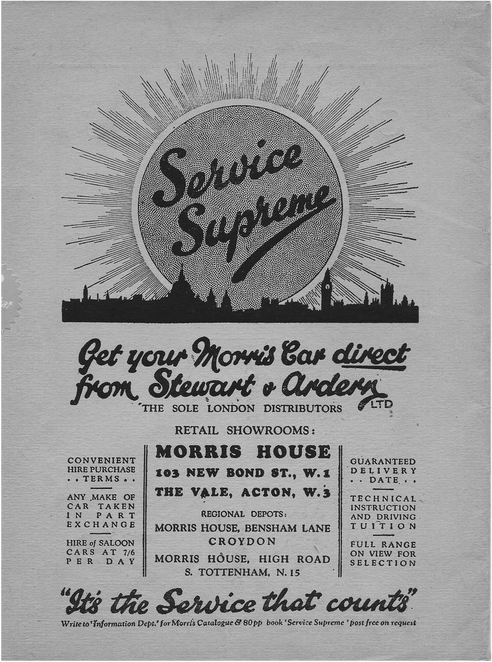 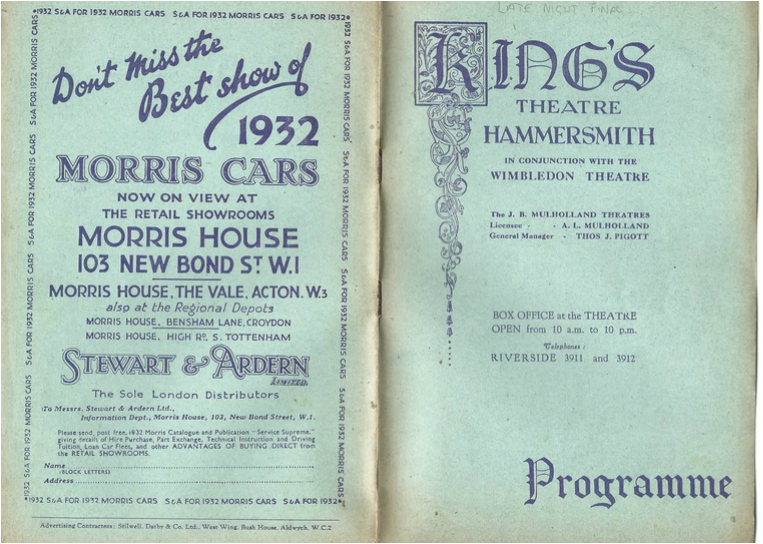 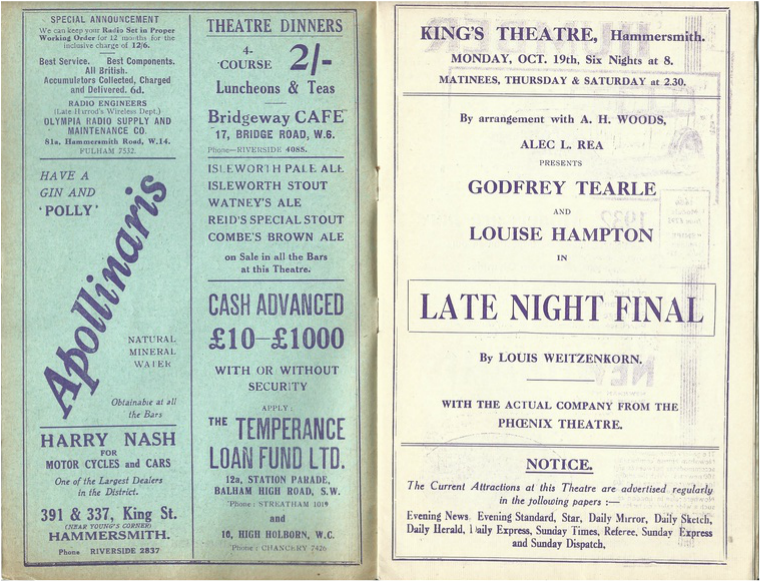 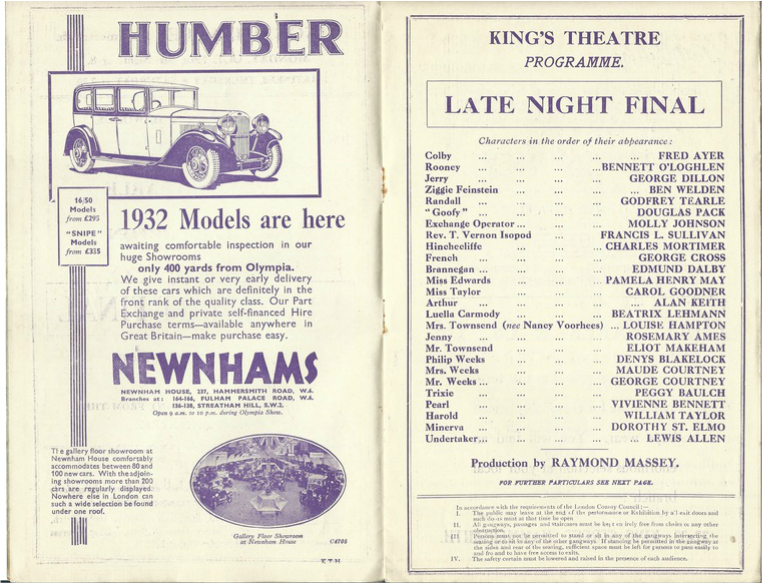 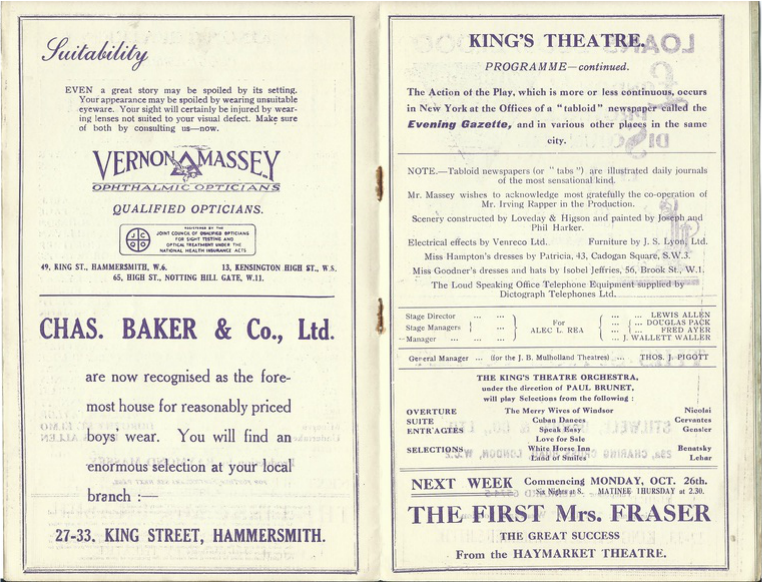 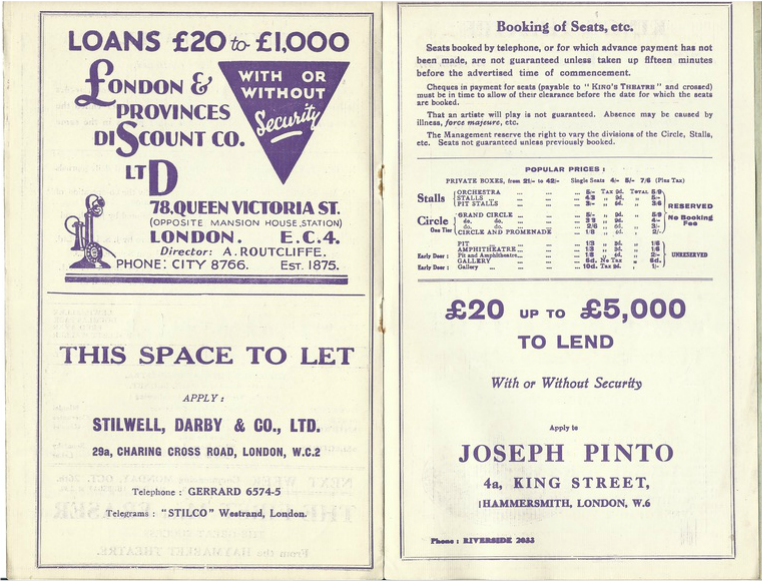 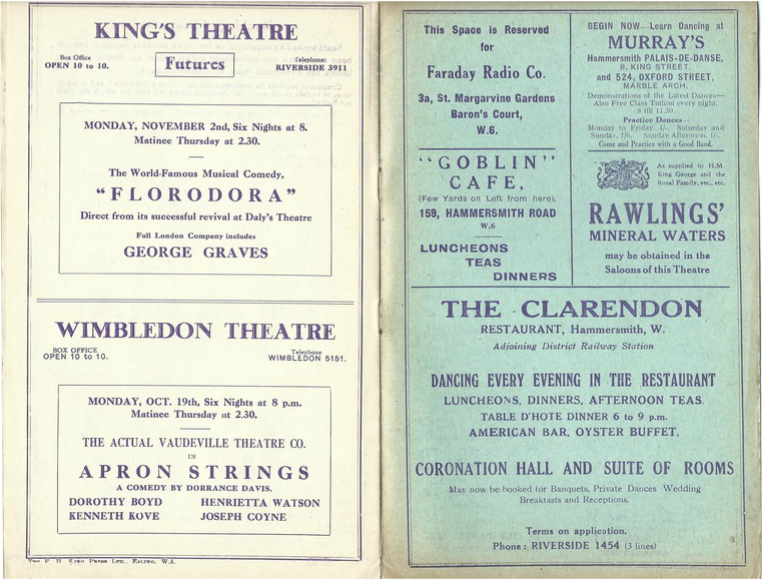