From The Era of 28 July, 1915. Interesting to note the quick change of company.

Mr. Charles H Mortimer has been released by Messrs. Bransgrove and Slaughter's " What Happened to Jones" company to take up the part of Count Orloff in Lionel Rignold and Charles Macdonas "Diplomacy" company.
The production of "Diplomacy" at Wyndham's Theatre, London, from 26 March to 18 April, 1914, had Arthur Wontner playing "Count Orloff". Arthur and Charles were to later join together in the cast for the film, "The Triumph of Sherlock Holmes" in 1935, Wontner playing Holmes, and Mortimer playing Inspector Lestrade.
"Charles Mortimer, in his solitary chance, grips the audience". Taken from the Liverpool Echo on the 9th, November, 1915. The article commented that the play had  given a Royal Command performance.
According to the Western Daily Press of 17 August, 1915, the play was "played by Royal Command at Windsor before the King and Queen." It also quoted that "Count Orloff is made a manly and chivalrous figure by Mr Charles H Mortimer."
According to the Era of 8 December, 1915, the cast of Diplomacy raised 17s 6d towards a supply of cigarettes for soldiers and sailors.

The Cast named were: 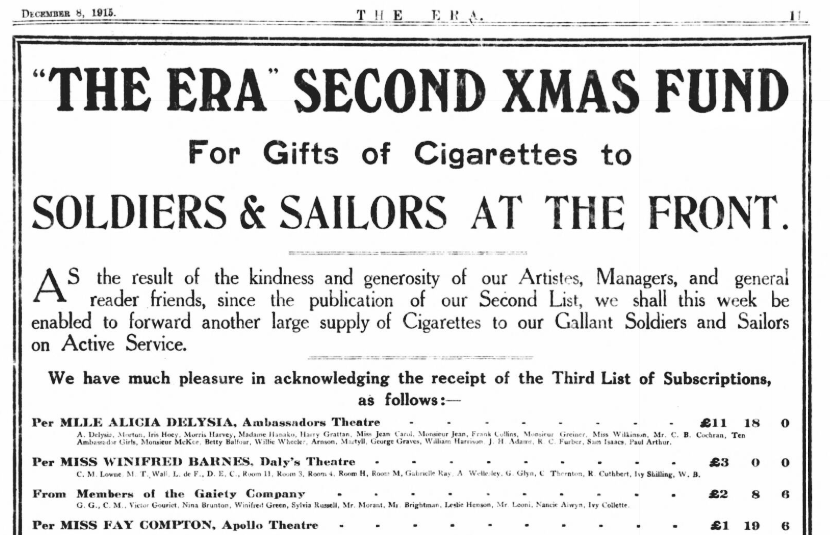 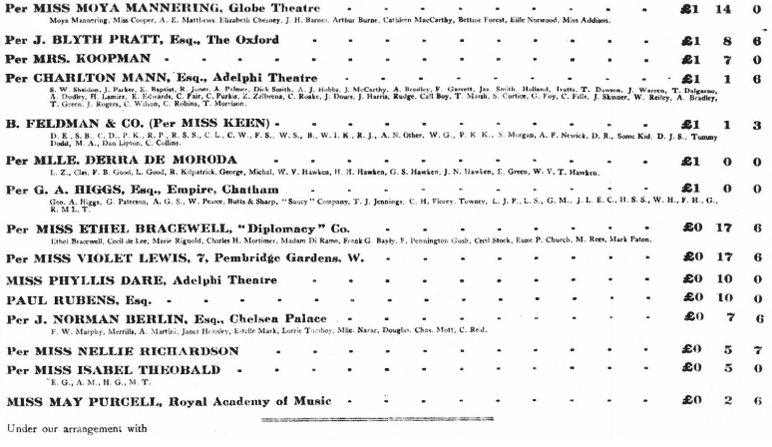 Taken from The Era of 8 December, 1915. Charles Mortimer was appearing in Diplomacy, and donations were collected to send items to the Western Front in World War 1.