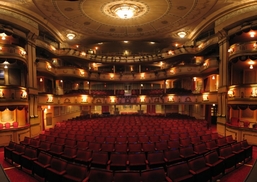 Charles Mortimer played the Night Porter at the Queen's Theatre, London, in "The Protectress", on 17 February, 1929. It is likely that this was part of a Green Room Rag production. These were usually for charity.
From The Era 13 February, 1929.